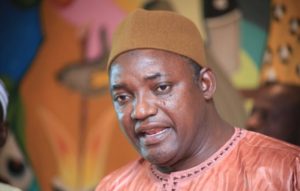 The diplomatic mission was closed in November 2013, with France explaining that Jammeh’s regime was not open to any productive collaboration.

According to Jean-Baptiste Lemoyn, Gambia is designated as a ‘priority country for French official development assistance’ and will benefit from a $50 million financing package that will run until 2022.

The Gambian president, Adama Barrow has recently appealed to international donors in Brussels, to fill a $1.6 billion financing gap towards the implementation of the country’s National Development Plan (NDP). The West African nation managed to raise some $1.45 billion at the Brussels meeting.

Aid to the Gambia dried up under Jammeh, whose record of human rights violations, along with his habit of pulling out of international institutions and throwing out diplomats, alienated donors.

Jammeh expelled the EU’s chargé d’affaires in 2015, giving her 72 hours to leave Banjul, with no explanation.

Twenty-two years of dictatorship and economic mismanagement by ex-president Yahya Jammeh has left The Gambia crippled with debt.

According to the International Monetary Fund, the country’s debt stock stood at about 130% of GDP at the end of 2017. More than half of the amount is owed to international lenders.