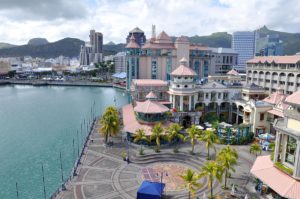 As a means to further encourage investors to seize business and investment opportunities in Mauritius, the government of the Island nation has introduced a scheme to grant Mauritian citizenship to eligible foreigners.

Mauritius is offering foreigners the chance to obtain the country’s citizenship in exchange for a non-refundable contribution of one million dollar to the national sovereign wealth fund.

The announcement was made by the Prime Minister and Finance Minister in the country’s 2018 budget.

The Economic Development Board (EDB) is to manage the scheme.

According to the BBC, the move has been condemned by opposition parties. Ashok Subro, leader of the populist Rezistans ek Alternativ party was quoted as saying that the notion of nationality of a country “is not a product.” It [the Nationality] has no price and is in no way a commodity, he said.

According to the provision, applicants’ dependents are also eligible for citizenship with an additional cost of $100,000 per family member.

Another scheme will offer Mauritian passports in exchange for the lesser sum of $500,000 paid to the Mauritius Sovereign Fund, and $50,000 per passport for family members.

Mauritian passport holders have access to 121 countries without visa requirements.