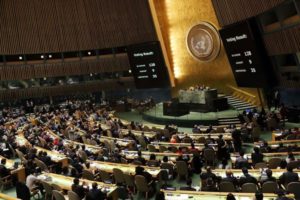 King Mohammed VI has called for more African efforts to promote women’s participation in development and decision-making in order to make the most of their ever-growing role as entrepreneurs and business leaders in the continent.

In a message addressed to participants in the 2nd “Women in Africa” Initiative Summit, convened Thursday in Marrakech, the Sovereign stressed the importance of this event which aims to promote competent and talented women leaders in Africa and to highlight the role played by women in stimulating comprehensive development on the continent.

“Despite the significant improvement in women’s conditions in Africa, it must be admitted that there is still a long way to go”, said the Monarch in his message read out by royal advisor Abdellatif Menouni.

The government, the private sector and civil society “all have a crucial part to play in consolidating the leading role of women as key drivers of development”, said the Monarch, noting that “no country, economy, business or society can tackle today’s challenges, nor ensure optimal use of its resources and energies, without the full involvement of women”.

This question tops the concerns of African countries, explained King Mohammed VI, affirming that within the African Union, there is a principled, undying commitment to gender equality, an objective which should be achieved by 2025.

Given the injustice African women are still suffering from on the ground, “we are all duty-bound to work to promote women’s roles and make African women a central element in national plans for social and economic development, thereby strengthening their leading role in society”, said the Moroccan Sovereign.

He stressed the need for more efforts to ensure that women – especially those from disadvantaged background – can benefit from innovative financing mechanisms and to facilitate their access to safe, sustainable technology.

King Mohammed VI also called for setting up platforms for consultation on women’s empowerment at the local and national levels, using a participatory approach.

“Islam emphasizes equality between men and women since it considers women as “shaqaa’qu arrijaal”, meaning the sisters or allies of men in terms of judgments (ahkaam)”, he said, affirming that the universal values of humankind and international charters also provide for gender equality, without any discrimination.

“For several years now, I have been taking measures to ensure gender equality in Morocco”, underlined the Sovereign, saying this is not just a fundamental human right but also a requirement as per the law and a necessity for the achievement of socio-economic development.

He recalled in this regard the 2011, which establishes the principle of equality between women and men, the royal initiatives launched to promote women’s entrepreneurial skills, the reform of the Family Code & of the Penal Code protecting women against violence as well as the Award for Excellence set up to encourage and reward women’s outstanding contributions.

“Morocco is ready to share its experience with African sister nations”, said King Mohammed VI, deeming any obstacle to the empowerment of women as a stumbling block impeding the continent’s development.

“African women should not pay the price for the many structural challenges facing our continent. (…). They should be frontline players in building resilient societies that can adapt to change and to new developments”, said the Moroccan Sovereign.

They should also be able to harness their tremendous potential for the emergence of a strong, united Africa that confidently and resolutely moves forward in its quest for a better future, underlined the Monarch.