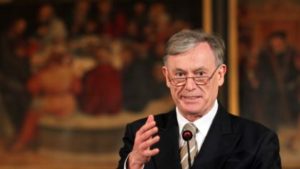 “The Kingdom of Morocco responded positively, on Oct. 2, to the invitation of my Personal Envoy (Horst Köhler) to an initial round table (on the Sahara issue) in Geneva”, next Dec. 5-6, the United Nations Secretary General Antonio Guterres told members of the Security Council Thursday.

The UN Chief, who was presenting to the Security Council his report on the Sahara issue, said that on Aug. 28, 2018, Morocco and Algeria had received from his Personal Envoy Horst Köhler identical invitations to participate in this round table.

The round table will be an opportunity to share viewpoints on the latest developments of the issue and the political process, led under the exclusive auspices of the United Nations, and to examine the regional aspects of this dispute.

Following Morocco’s prompt and favorable response, the UN Secretary General urged Algeria to respond positively, in good faith and without preconditions, to the invitation of his Personal Envoy.

Morocco’s consent to take part in this round table mirrors its constant support for the efforts of the Secretary General and his Personal Envoy to revive the political process.

By the way, Security Council Resolution 2414, adopted last April, calls on the parties to relaunch the negotiations with a new dynamic and a new spirit with the aim of reaching a mutually acceptable political solution, based on compromise.

The resolution lauded Morocco for its serious and credible efforts to move the process forward towards resolution, and reaffirmed the pre-eminence of the Moroccan Autonomy Initiative, as a way to settle this regional dispute.

The Security Council resolution reiterated its call upon the parties and the neighboring states to cooperate more fully with the United Nations and with each other and to strengthen their involvement and to achieve progress towards a political solution to this long-standing dispute.

The fact that the Personal envoy sent the same invitation to Morocco and Algeria actually falls in line with Morocco’s stand, the Kingdom having repeatedly and insistently pointed out that Algeria is a party to the Sahara conflict and must participate in all discussions on this issue.

The Secretary General’s strong and clear call to Algeria to participate in the Geneva Round Table reflects the United Nations’ resolve to make Algiers shoulder its responsibilities.

Besides, this call is in line with the provisions of resolution 2414 which strongly urged Algeria to make an important contribution to the political process and to get more involved in the negotiations.

Spokesman for the Moroccan government Mustapha Khalfi confirmed Thursday that Morocco will take part in the round table on the Sahara issue to which Algeria, Mauritania and the Polisario were also invited.

Khalfi said Morocco will take part at the direct talks after Algeria was also invited, confirming Morocco’s argument that no solution to the Sahara issue is possible as long as Algeria is not included.