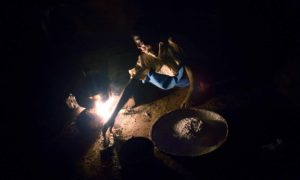 The Government of Malawi has signed a partnership agreement with IFC InfraVentures for the development of the Mpatamanga hydroelectric project in the southern African nation.

The partnership with the government of Malawi will allow the Washington-based fund to participate in all decisions relating to the development of the hydroelectric project.

Other partners of the project include SN Power, a company based in Oslo, Norway, and Power Africa, a company that invests in numerous energy projects in Africa.
The World Bank has already financed the Environmental and Social Impact Assessment (ESIA) and Feasibility Study for the hydroelectric dam. It will be built on the Shire River.

Note that Malawi is in the midst of an energy crisis. For the past four years, the 10 percent of the country that’s connected to the energy grid has been facing frequent power outages that last two to three days at a time.

An estimated 90 percent of the population is not connected to the grid and the government has turned to China for $600 million in funding to invest in a coal-powered electricity plant that will generate about 300 MW of energy.

Malawi currently has the installed capacity to generate some 439 MW of energy, most of which comes from hydropower.