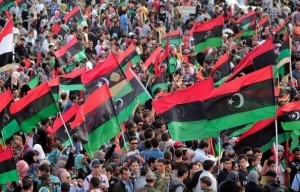 Libya’s Foreign Affairs Minister, Mohamed Abdel Aziz, said that the country’s police and armed forces will be distributed among France, US, Italy and the United Kingdom for training. The training package is part of the recommendations made at the Paris Conference to facilitate the restoration of law and order in the country after the end of the Gadhafi regime.
Minister Aziz said that the countries have showcased “real commitment” in helping the government “safeguard Libya’s territorial integrity and its sovereignty.” The presence of militias in cities is a major problem for the government, and citizens have recently asked for their absolute disbanding despite past unsuccessful attempts by the government. Tens of thousands of Libyans are expected to undergo training. They will be divided into small groups. The financial burden of the training will be taken care of by Libya. The British army will be training about 2000 Libyan troops on basic infantry skills and leadership in a 10-week course. France is expected to train almost 20,000 soldiers and police.
The minister stated that the program will polish Libya’s democratic process and boost its strive towards a “a State worthy of the name through the establishment of justice and security institutions based on respect for basic human rights and the rule of law.” The representatives of United Nations in Libya, the Arab League and the African Union applauded the announcement of the collaboration. There are fears that the continuity of Libya’s instability could have serious effects on neighboring countries.
Chad has pointed fingers at Libya when Areva came under attack, and Mali claimed that the Islamists used weapons smuggled from Libya. Tripoli, however, continues to deny any wrongdoing.