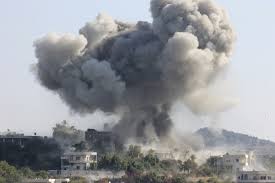 In the latest development of the possible consequences of attacking Syria, reports are emerging that United States interest in Iraq will be attacked. Militants in Iraq have been ordered to be on standby and attack their targets as soon as military intervention gets underway in Syria. The head of the Iranian Revolutionary Guards’ Qods Force is accused of ordering the attack.
The renowned Wall Street Journal reported that sources in the U.S administration have claimed that a message sent to the Iranian-supported Shi’ite militia groups in Iraq was intercepted. According to these officials, the possible targets of U.S interests in Iraq include the Embassy in Baghdad and citizens of the United States; among others as they were reluctant to reveal other targets gathered by their intelligence services.
U.S officials have turned down requests to comment on the matter. The State Department and the Criminal Investigation Department (CIA) all refused to confirm or deny the claims. Nevertheless, the State Department has ordered its citizens to only travel to Iraq if it is “essential” citing that the security situation remains “dangerous” in a message published yesterday.
The attack on the US consulate in Benghazi which left Christopher Stevens and some of his colleagues dead is still fresh on American minds. The ability of a U.S embassy to act in situations “in which citizens face difficulty, including arrests, are extremely limited.”
U.S invaded Iraq to end the regime of Saddam Hussein because they claim that he was having Weapons of Mass Destruction. They ended up leaving without finding them. Since then, bomb attacks have become a daily routine in Iraq. The U.S State Department stated that “terrorist activity and sectarian violence persist in many areas of the country at levels unseen since 2008.”