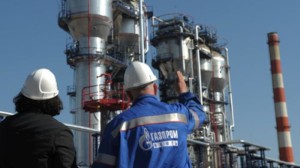 Algeria called on Russia’s Gazprom and Lukoil to participate in the development of some of its gas fields in order to keep up with the increasing demand. The three companies signed a joint development partnership agreement in August 2006 but it has been inactive. Ever since the signed agreement, no joint projects have been agreed. Gazprom is renowned global name in the gas industry.
While domestic consumption is growing, the discovered 30 reserves have remained unchanged for the past decade. Algerian exports to the rest of the world have been on the decline. Supplies to Europe fell by 18.5% in 2013 according to Valery Nesterov from Sberbank CIB. The trend is expected to continue if there are no major investment projects to increase the country’s production capacity. Aleksey Grivach, deputy director at Russia’s National Energy Security Fund, suggested that the North African country needs to invest in exploration and to increase its resource base and extraction.
Algeria boasts of having the second largest gas reserves in Africa and state owned Sonatrach which is the largest company on the continent and stands out as the world’s 11th largest oil consortium. It continues to enjoy the monopoly of the Algerian market and a representative of Gazprom International believes that it has a huge potential in terms of oil and gas reserves. Gazprom is expected to bid for some service contracts but could also have the opportunity to access vital information about Algeria’s resource base and the potential for export growth.
“Algeria needs bigger extraction volumes not only to increase its exports to Europe but to supply more liquefied natural gas (LNG) to Asia which could become a point of cooperation with Gazprom,” Grivach concluded.