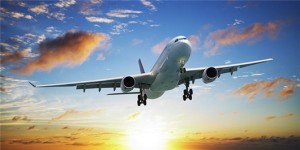 Sanctions levied on Iran have hampered the growth of its aviation industry. Authorities are planning to revive the sector by spending massively to acquire enough aircrafts. An official in the capital said that there could be an order of more than 400 new planes in different sizes. Companies such as Airbus and Boeing are expected to be the main suppliers but Bombardier is also hoping to make its presence felt in the Iranian market. There are yet to be final announcements on when the sanctions will be lifted. The controversial nuclear program forced European countries and the EU to take a stiff stand against Iran.
Bombardier Chief executive officer, Pierre Beaudoin, said studies are being made by the company to evaluate the market potential if a permanent deal is reached and the sanctions uplifted. Tehran and the negotiating parties have not yet reached an agreement and it’s not determined how much money will be given. CEO Beaudoin stressed that Bombardier wants to ensure it’s not at a competitive disadvantage if sanctions are lifted.
Iran and other companies are now being forced to be patient before business could go back to normal. According to the head of the Civil Aviation Organization in Iran, Ali Reza Jahangirian, “Iranian airlines will be ready to buy 40 passenger planes every year for 10 years if sanctions are lifted.” His remarks highlight the reason behind the eagerness of the aviation manufacturing companies to go into Iran.
CEO Beaudoin said their actions in Iran are being strategized. According to him, they are trying to “understand when sanctions could be lifted and how we could take advantage of a market we feel will be important for all of our products.”