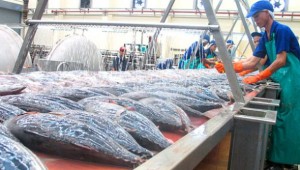 After signing in November 2014, agreements to merge their tuna activities, Seafood Hub Ltd (SHL) and Princes Tuna have receive the official green light to merge. The transaction has received the official approval of the Prime Minister of the island and will lead to changes in the shareholding of the two companies and their subsidiaries.

“IBL was already a shareholder of Princes Tuna (Mauritius) at the level of 29.33% since 1999”, explains Mr Nicolas Maigrot, IBL’s CEO. “This decision to regroup our interests was perfectly logical in the existing context. We had to develop together a new approach that would enable us to position our tuna industry as being more competitive”.

The new structure will not result from a “monetary transaction” but from an exchange of shares between the two groups. IBL and its subsidiary Seafood Hub Ltd, jointly increase their shareholding in Princes Tuna (Mauritius) up to 43.69%, while Princes Tuna (Mauritius) will own 100% of the shares of Thon des Mascareignes, 68% of Indico Canning and 33% of Marine Biotechnology Products.

“Our merger with Princes Tuna will also result in the strengthening of our actions to promote sustainable fishing in the Indian Ocean. Our industry is there to stay in the long run and we are in favour of a sustainable and rational exploitation of tuna resources so that future generations can also benefit,” says Mr Maigrot. This new operation will have an annual turnover estimated at USD 400 million.

Explaining it a few months ago the merits of this movement, Nicolas Maigrot, CEO of IBL had then said: “This decision to consolidate our interests was quite logical in the current context. We had to jointly develop a new approach that will position our tuna industry to be more competitive”

“Today, we are establishing another milestone in the history of the Mauritian seafood with the exchange of contracts. As provided by the law, we are awaiting for the final okay from the PMO (Prime Minister’s Office) in the coming weeks amongst other conditions before executing the agreement,” concludes Mr Arnaud Lagesse – Chairman of the Board of Directors of IBL.