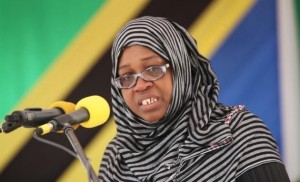 The Tanzanian Minister of Finance said on Wednesday that his country will resume discussions for the $800 million loan from international lenders after abandoning an earlier plan as borrowing costs increased during the Greek debt crisis.

Tanzania has been selling foreign currency – as much as $10 million a month – to support the shilling, Saada Mkuya said on Wednesday in the commercial capital, Dar es Salaam.

The demand for dollars in the country has been stronger than the central bank’s ability to support the local shilling, which hit a record low against the dollar in June.

“We are holding another round of talks with investors in London next week,” Mkuya said. “The delay to secure the loan has caused scarcity of dollars in the market.”

According to Bloomberg, Tanzania signed an $800 million loans from Rand Merchant Bank in South Africa and China Development Bank Corp, last month, to bolster its foreign-exchange reserves, as it shores up a weakening currency and plugs the budget deficit of $2.99 billion.

Tanzania postponed the plans after other African nations borrowed at “very high rates driven by the Greece situation,” Mkuya said.

According to the National Bureau of Statistics (NBS), Inflation Rate in Tanzania was recorded at 6.40 percent in July of 2015.

Inflation may maintain its upward trend if the shilling keeps declining against the dollar, said Mkuya.

“There is imported inflation,” Mkuya said. “If we go on like this, in the long run, unfortunately, inflation will increase.”

Tanzania’s central bank has sold $339 million to lenders in the past five months to support the shilling. It also spent $380.3 million on its external debt obligations as repayment on interest and principal in the 2014/15 financial year.