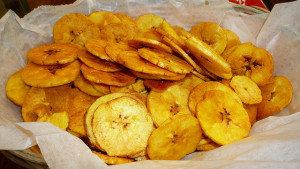 Juaboso Agro Processing Company (JAPC), a joint Ghanaian/American business is investing US$70 million in the production and export of plantain chips, the chief executive officer told a press conference on Monday.

The company which had already secured 6,000 hectares of land for the cultivation of plantain and the building of a state-of-the-art factory target to export 7,000 tons of chips annually to the United States (US) and the European Union (EU) countries.

According to Maxwell Agyemang, the Chief Executive Officer, the company would provide direct employment to over 1,000 people.

He said the company has a 10-year export contract to supply the US market and should be ready with the first deliveries by September, 2016.

He said the company has a 10-year export contract to supply the US market and should be ready with the first deliveries by September, 2016.

In his words, Ghana had enormous potential for plantain chips production and that would be fully developed to bring in more foreign exchange.

It has to take advantage of the huge international market to grow the economy, he added.

Note that the JAPC joint venture is 90 per cent Ghanaian and 10 per cent shares held by Americans.

According to a recent report, about fifty percent of plantain production goes waste every week in Ghana.

Bad roads, coupled with non-availability of ready market are among challenges contributing to what has become a perennial problem for the farmers.

The farmers have had to sell their farm produce at cheaper prices while some get rotten.