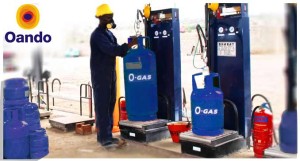 The Head of Nigeria’s Oando said on Thursday its company plans to build a $350-million gas plant as it seeks to integrate gas production within its supply business.

Oando which has been hard hit by the fall in oil prices since mid-2014 said the new plant, with a capacity to process 300 million standard cubic feet a day (scfd) will take 24 months to complete and cost $300 to $350 million.

According to Bolaji Osunsanya, Managing Director of Oando Gas and Power, the project was at the development stage and will be launched in the first quarter of 2016.

Nigeria has four large refineries and gas plants, with a total nameplate capacity of 445,000 bpd, but historically their capacity utilisation rate has been low, around 30%, and they are far from able to address domestic demand.

According to the Nigerian National Petroleum Corporation (NPPC), domestic output meets only 9% of daily petrol consumption, 24% of dual-purpose kerosene use and 28% of automotive gas oil consumption, with the rest imported from abroad. In fact, the country still relies on imports for some 86% of its aggregate consumption of more than 50m litres a day.

With the election of President Buhari last May, Africa’s most populous nation and top oil producer is re-positioning to be the regional hub for gas-based industries.