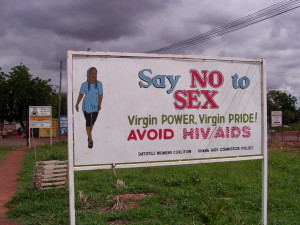 Since 2000, despite significant advances in the diagnosis and treatment of those infected with HIV, the number of adolescent deaths from AIDS has tripled, a report published by UNICEF on Friday showed.

“The majority of these deaths are among adolescents who acquired HIV as babies and survived to their teenage years, either without knowing their HIV status or having slipped out of care,” the United Nations agency said.

“Among the HIV-affected populations, adolescents are the only age group for which the mortality figures are not decreasing.”

“Most adolescents who die of AIDS-related illnesses acquired HIV when they were infants, 10 to 15 years ago, when fewer pregnant women and mothers living with HIV received antiretroviral medicines to prevent HIV transmission from mother to child,” the agency added.

About half of the two million living with HIV in this group are in just six countries: South Africa, Nigeria, Kenya, India, Mozambique and Tanzania.

“In sub-Saharan Africa, the region with the highest prevalence, girls are vastly more affected, accounting for seven in 10 new infections among 15-19 year olds,” the report said.

Since 2000, nearly 1.3 million new infections among children have been averted, largely due to advances in the prevention of mother-to-child transmission of HIV.

By 2014, three in five pregnant women living with HIV received antiretroviral treatment to prevent transmission of the virus to their babies.