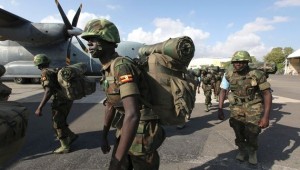 United Kingdom and Denmark on Monday unveiled plans to boost the Eastern African Standby Force (EASF).
EASF – one of the five regional forces for peace support operations (PSOs) has been working on acquisition for a rapidly deployable Mission Control Base to further consolidate its preparedness to participate in peace-keeping missions.
The UK Defence Attaché, Brigadier Mark Christie, and Danish Ambassador to Kenya, Mette Knudsen handed over the jointly-funded Start-Up-Kit as part of the preparations for future deployment.
The facility includes a self-sustaining headquarters with accommodation and ablutions for seventy (70) personnel. It has been designed and manufactured to fit comfortably on an area no larger than 60m x 80m on any field.
It comprises the Administration Control Office; the Planning Office to accommodate desks for 24 personnel; a Joint Operating Command Centre (JOCC), which will be the central point for all the communications; a Briefing Room that has the capacity for up to 60 personnel at a time; and a small office for the Command Group, which will control all communications for the lead-forces.
The EASF, formerly Eastern Africa Standby Brigade (EASBRIG), is one of the options for a peacekeeping force the international community is likely to consider for deployment in Burundi.
ThE 5,200-strong force declared its fully operations readiness on November 22, 2014 at the conclusion of a two-week long exercise in Adma town of Oromia Region, Ethiopia, where some 300 representatives from the ten Eastern Africa contributing countries have participated.