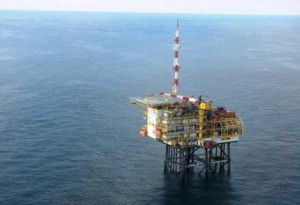 Despite finding it hard to get back to its prewar production levels coupled with the difficulties of finding qualified personnel, Wintershall rules out leaving Libya. It has ruled out further hydrocarbons exploration despite its vast resources.
Rainer Seele, the company’s CEO said they are the present conditions of the country are not attractive to foreign companies as he takes the oil and gas unit of chemical giant BASF as an example. Wintershall, a German oil and gas company, used to be the second-largest foreign oil firm in Libya during Khadafi’s era.
After the end of the war, the company is still unable to reach its previous production of 100,000 bpd. It only reaches 80,000bpd on average now according to the CEO. He admitted that it will be difficult to achieve previous level this year but they will like to get there “as early as possible”. He described it as “a challenge” and they “are working for that.”
A year ago, the main challenge was Libya’s old pipeline system, which was preventing the firm from transporting its crude from the desert to the port. That problem was partly solved after Wintershall helped build a new pipeline, which it says will be in operation soon.
CEO Steele deplored the lack of qualified contractors for certain posts as a setback. He said they are not worried about security issues. “We had already increased our security system in Libya because of the civil war in 2011.”
However they are not considering any further explorations in the country. He said “the contractual base needs to be improved” because the present framework isn’t encouraging “additional exploration.”
Wintershall is only present in Libya in the MENA region. Libya accounted for three-quarters of its total oil output before the war.