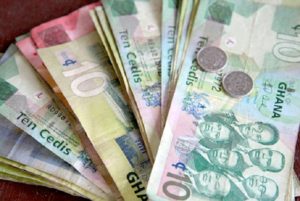 The Bank of Ghana (BoG) on Wednesday announced that it has revoked the licenses of five banks and put them together as Consolidated Bank Ghana Limited.

According to the central bank, the move is to create space for the banks to consolidate their operations with the other entities after December 31st 2018.

The Governor of the BoG observed that local banks that are struggling to meet the capital requirement have been directed to show their merger plans that will be implemented over a period of time.

The affected banks were named as: Unibank, The Royal Bank, Sovereign Bank, Beige Bank and Construction Bank. Unibank has links with a former BoG governor and one time Minister of Finance.

The apex bank added that the new bank is to have total assets of more than 7 billion cedis. It will also consolidate staff of the stressed banks numbering over 2,000.

Clients of the affected banks can carry out their normal banking transactions at their respective banks, which will now become branches of the Consolidated Bank of Ghana Limited, the BoG governor said.

Some of the customers of the affected banks expressed fear about the possibility of losing their money under the new arrangement.