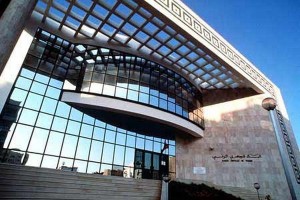 The Tunisian government’s published a letter sent to the IMF, describing the government’s intention to recapitalize its banks through a rescue operation. The amount needed by the government is around $1,1billion, an equivalent of 2,6% of their economic output, in the next two years.
The IMF and Tunisia finally agreed on a $1,74 billion loan for 2 years, and the government is gearing up to “mobilize all necessary resources” to stabilize state-owned banks. According to the letter, the government stressed the significance to increase the economy, business activities and particularly the encouragement of small and medium sized enterprises, which face difficulties in acquiring loans from the banks.
Three state-owned banks, which dominate the financial system, are to be audited and the reports are expected to be available in December. During that time, the authorities will decide by mid-September whether to recapitalize, merge the banks, or reduce the state’s holdings in them. The government will be establishing an asset management company to buy bad tourism assets in exchange for state-guaranteed bonds. It also pegged the current account deficit to remain at 7,5% of the GDP this year and fall to 5,1% in 2015. The central bank will be working towards making the dinar exchange more flexible.
The government will be embarking on a couple of reforms amongst which are the energy subsidies and corporate taxation. A timetable for closing the space between corporate tax on the onshore and offshore sectors is expected before the end of the year. A new formula for pricing fuel will be launched next year and leave gasoline close to international prices.