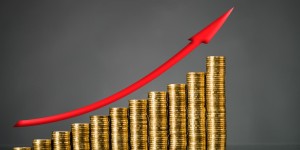 The Governor of Qatar’s central bank, Sheikh Abdullah, has hinted that the preparations of the much talked about FIFA World Cup to be held in Qatar in 2022 for the first time will receive a major boost this year. Around $50 billion worth of contracts will be signed by the government with regards to different projects linked to the event. Qatar announced that it will pump almost $140 billion on projects regarding the World Cup when it was selected to host the event in 2010.
A report by the planning ministry at the end of last year stated that the government will be increasing its expenditure in projects by almost 10% this year. In the fiscal year that ended last March, actual government spending rose only 2,2% but it is expected to reach 11,6% in 2014. The investments will be geared mainly towards transport, energy and sporting infrastructures.
In 2013, among other project awards, Qatar signed four design-and-build contracts worth approximately $8,2 billion for phase one of the Doha metro. Its new airport, which cost around $15 billion to construct, is expected to open for commercial operations later this year.
The amount of the government’s last year projects were below the expectations of companies. The bureaucracy and planning problems of the country are being blamed but the recent report submitted by the planning ministry is expected to 2014 a better year for the business community.
Although the Governor did not dwell on the contracts to be offered by the government, his remarks will give assurances to the companies that the authorities will be more active in 2014. Part of Qatar’s World Cup project includes a new airport, port facilities, railways, stadiums among others.