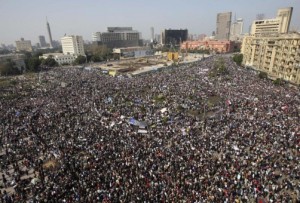 Official results of the Egyptian presidential elections which were supposed to be announced on Thursday have been deferred to Sunday because more time is needed for the scrutiny of the appeals brought forward by the two candidates. The elections Committee Secretary-General, Hatem Bagato, said that both camps have accused each other of electoral frauds with Mursi filing 220 appeals against Shafiq’s 190. The delay is also linked to vote-counting errors.
“The appeals made by both candidates concern specific geographic areas and governorates, especially those in which there is a large difference in the number of votes in favour of the other candidate,” said. As both candidates claim to be winners of the elections, tensions are rising although they are yet to turn into chaos.
Mursi’s Muslim Brotherhood takes the delay to be a “soft coup” by the Supreme Council of the Armed Forces (SCAF) after its majority held parliament was dissolved last week and the council giving itself overwhelming powers during the course of this week has raised voices all over the country. The brotherhood threatens to hold a rally if its candidate is not announced as the winner.
It also reported that government institutions such as the cabinet will be disappointed if the Islamist party turns out to be the winner. They are said to receive directives not to talk to the media for now.
Whilst the nation awaits the official results, the former president Hosni Mubarak, is between life and death days after he started serving his life sentence for the atrocities his government carried out on demonstrators who finally ousted him.