Turks are set to go to the polls on Sunday to elect their new president with many expecting present Prime Minister Recep Tayyip Erdogan to carry the day. However, days before the elections, an advert of his has been deemed unconstitutional by the High Election Council (YSK) because it portrays religious images and sentiments. The decision will be applauded by the far-right Nationalist Movement Party (MHP) which filed the complaint against the video. 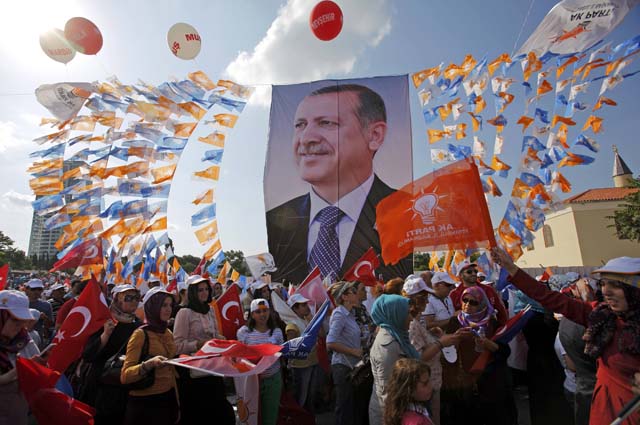 According to the electoral body’s decision, the video which was released by Erdogan’s Justice and Development Party (AKP) contains excessive religious symbolism. The advert features an athan, an Islamic call to prayer, a woman praying and her prayer carpet, as well as scenes of families and horses galloping across the steppe. The call to prayer, a praying woman and a prayer carpet are surely the main reasons why the advert was deemed unfit for diffusion.

The Turkish constitution is based on a strict separation between religion and state which includes a ban on the use of religious symbols in public life. TV stations will be urged to stop broadcasting it and withdraw the three-minute long advertisement.

The Justice and Development Party will now be obliged to edit the advertisement or produce a new one. With less than 100hours before the polling stations open, it is likely that an edit of the video will be preferred.

Erdogan is considered as the favorite to win the presidential sit and become Turkey’s 12th president. The doubt that looms over his victory is whether he will be victorious in the first round. Nevertheless, Prime Minister Erdogan has been accused by his opponents of seeking to tear up Turkey’s strictly secular inheritance.