With terrorism growing in the Middle East and North Africa, Libya has been alleged as a training camp that fuels the different terrorist groups in the region. Experts have agreed that the “Salvador Triangle,” a no-man’s land located in between the borders of Libya, Algeria and Niger is the epicenter of terrorist training camps, drug, weapons and human trafficking. Libya does not deny the presence of terrorist camps on its territory. Army spokesman Colonel Al-Mesmari lamented the lack of human and material resources. 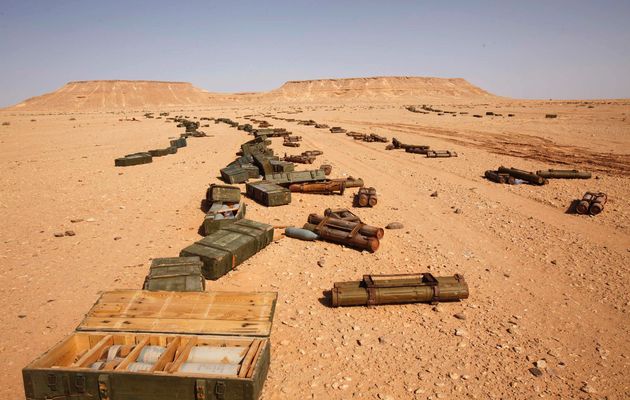 According to Mohamed Fazzani, an expert on jihadist groups, “the south of Libya has become a hideout for extremists following the French military intervention in Mali” last year. He added that “it is very difficult for any army to control such a vast region, unless it has sophisticated technology” because the jihadists “know very well the terrain and can set up camps despite harsh conditions.”

Libya’s Army spokesman Colonel Ahmed Al-Mesmari affirmed that there are several training camps in the south but pointed out that “the army suffers from a lack of means and cannot carry out regular patrols in these immense regions.” Despite being ill-equipped and under-staffed to confront the jihadists, the army is already “worn out by the fighting under way in the east and west of the country,” he concluded.

An intelligence officer under the condition of anonymity said that there are “secret camps” in Southern Libya which “have become the key providers of combat-ready jihadists” to Mali, Iraq or Syria.

Northern Mali was under the siege of Al-Qaeda in the Islamic Maghreb before a coalition of foreign troops forced them back into the desert. Parts of Iraq and Syria are now under the authority of the Islamic State.