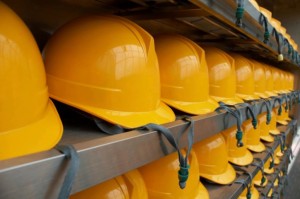 The International Monetary Fund (IMF) on Wednesday lowered Zimbabwe’s growth forecast for this year to 1.5 percent from 2.8 percent, blaming lower commodity exports of the country.

According to Domenico Fanizza, the IMF head of mission, the Breton-wood institution “expects a slowdown in economic activity as a result of drought as well as low prices for Zimbabwe’s exports”.

Zimbabwe has been struggling for five years to recover from a catastrophic recession that was marked by billion percent hyperinflation and widespread food shortages.

Official figures revealed that the country’s public and publicly guaranteed debt stood at $8.4 billion at end of June 2015. This comprises external debt of $6.7 billion, representing about 47% of Gross Domestic Product, and domestic debt of $1.7 billion.

The southern African country which holds the second largest reserves of platinum recorded a 6.4 percent decline in production to 5.9 tons during the first half of the year.

Last week, ZimTrade, the trade promotion agency said that exports of leather products also declined by 37 percent, with earnings falling to $374,000 last year due to depressed economic activity in the cattle-rich southern region of the country.

Before the IMF new forecast, the Finance Minister Patrick Chinamasa had also lowered the economic growth projections to 1.5 percent from the initial 3.2 percent. He has also cut revenue estimates to $3.6 billion from $3.99 billion this year, highlighting the effects of the slowdown.

The government would also have to borrow $400 million to cover the budget deficit from $125 million initially.