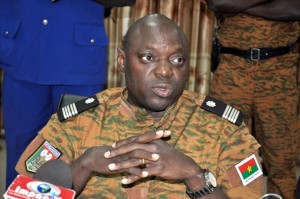 Troops loyal to Burkina Faso’s interim government told soldiers behind a coup to disarm and surrender on Tuesday or face attack, a senior loyalist officer told RFI on Tuesday.

Pressure for the junta leaders to step aside increased earlier on Monday as the military said its forces were converging on Ouagadougou, the capital, to disarm them, “without bloodshed.”

Soldiers opposed to the rebellion, which was led by ex-spy chief General Gilbert Diendere and the presidential guard, left military bases across the West African nation and converged on the capital.

They entered parts of the city overnight, and loyalists said the elite presidential guard, which numbers around 1,200 soldiers, had begun negotiations on the conditions of its surrender.

Groups of people were seen leaving the city and shops were closed, according to local reports.

On Tuesday, General Gilbert Diendere said he remained the head of a military junta that staged a coup last week and was awaiting the outcome of a summit of West African leaders being held in Nigeria.

“I’m not stalling for time. I’m within the time allotted to me,” he told a news conference, reiterating that he was still president of the National Democratic Council, as the junta is known.

Heads of state from ECOWAS were due to meet in Nigeria’s capital Abuja on Tuesday to discuss the proposal.

Diendere said he was ready to accept the proposal to restore civilian rule in order to lessen the “risk of clashes that could lead to chaos, civil war and the mass violation of human rights.”

Yacouba Isaac Zida, the interim government’s prime minister who had been held hostage since the coup, was freed at the early hours of Tuesday.