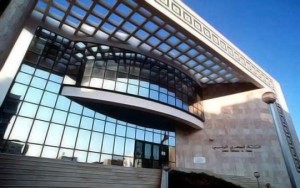 The Central Bank’s Key interest rate has been lifted in Tunisia as the country struggles to fight against the rising inflation. The new rate has been raised by 25 basis points and now stands at 3.75%. The country is trying to stabilize its economy after being heavily affected by the uprising.
The decision was taken at an Executive board meeting of the Central Bank chaired by Governor Chedli Ayari and attended by Vice-Governor Mohamed Rekik, both of Tunisia’s Central Bank. A released statement mentioned that “the board recorded continued inflation pressures during the month of July, with an annual (rise) of the general price index to 5.6% versus 5.4% in the month of June 2012, particularly with high food prices.” The decision came as a result of series of studies and analysis of the developments in the national economic, monetary and financial situation in the first 7 months of 2012 which showed “continuing inflationary pressures at high levels.”
Tunisia’s economy is also being affected by the crisis in the euro zone which serves as a principal market for its exports. Its lucrative tourism industry has seen the influx of tourists fall sharply during and after the revolution. The country wants to revive its economy and IMF said medium-term growth prospects are favorable but maintaining economic stability remains important after the political crisis.
However, Governor Chedli Ayari has told the Board of the decision to have the Bank undergo an external audit in order “to assess its operation and help develop a restructuring, in line with the dynamics of reforms started.” This move will to allow it “to face up, under best possible conditions, to the requirements of the country’s economic and social development, in full respect for the independence of the Central Bank.”