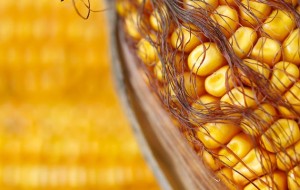 Zimbabwe plans to import 700 000 tons of the staple maize grain to plug a deficit after bad weather affected the crop from the current farming season, the state-owned Herald newspaper reported on Tuesday.
It quoted Agriculture Minister Joseph Made as saying the Government would import between 500 000 and 700 000 tonnes of maize to ensure the strategic grain reserve is maintained at the level they are supposed to be.
“In the meantime we are moving grain to deficit areas and the number of vulnerable people is increasing. The most affected areas are Matabeleland South, parts of Midlands, Masvingo and southern parts of Manicaland,”Made said.
Zimbabwe requires at least 1.8 million tons of maize annually and has over the years relied on imports from neighbouring countries, including Zambia and South Africa, to plug the gap from local production.
Agriculture contributes 17 percent to Zimbabwe’s gross domestic product and the decline in maize production is expected to impact on growth.
“It is the government’s responsibility to be the main supplier of food,” Made was quoted as saying.
“Even if the rains were to come, it will not benefit the crops to the level that we will be secure 100 percent on our own,” Made said.
In his words, “It is Government’s responsibility to be the main supplier of food and that will put Government in the position to import grain.”