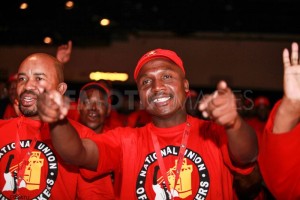 South Africa’s National Union Mineworkers (NUM) calls for actions against a plan by mining company ASA Metals to lay off hundreds of workers.

ASA Metals, a Chinese company that operates the Dilokong Chrome Mine near Steelpoort, Limpopo, plans to retrench 700 workers and put the operation into care and maintenance after a protracted strike last year amid falling chrome prices.

According to the Union, the company had not followed legal processes in issuing a section 189 notice in terms of the Labour Relations Act and provisions in the Mineral and Petroleum Resources Development Act.

“We want to appeal to the Commission for Conciliation, Mediation and Arbitration to prioritize this matter and do the correct thing by calling the parties to a facilitation process,” the Union said in a statement.

In a letter to the NUM, ASA Metals said that a three-day unprotected strike in October last year by 253 members of the union that staged an underground sit-in had resulted in a 15 percent production loss.

The company said the process to lay off hundreds of mineworkers and contractors was unavoidable.