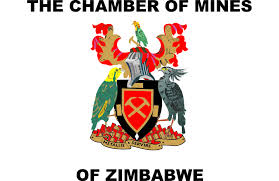 Zimbabwe’s mining industry will shrink for the first time in five years because of falling metal prices, high costs and a lack of capital, the Chamber of Mines said on Thursday.

Mining companies in the world’s third-biggest platinum producer have put all new and expansion projects on hold, Isaac Kwesu, chief executive officer of the Zimbabwe Chamber of Mines told Bloomberg, giving an update on the state of the industry.

According to Kwesu, the chamber will publish a report on the state of the industry this month. Mining companies are due to start wage negotiations this month and will be hard pressed for a salary rise in an environment they say is getting tougher.

Recently, the government has demanded that platinum miners set up smelters inside the country to enhance local beneficiation of minerals.

Experts say the country’s mining industry may not recover, especially as the government – fearing the effects of a worsening drought – switches its focus to mining companies for revenues to prop up food imports.

Zimbabwe, which has deposits of gold, coal and iron ore, has the world’s biggest platinum and chrome reserves after SA. Extraction of the former has proved challenging.

Mining is the country’s biggest source of foreign exchange. Companies operating in the country include Anglo American Platinum and Impala Platinum Holdings.