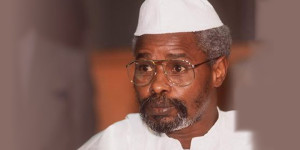 The trial of former Chadian leader Hissène Habré resumed on Monday in Dakar, Senegal’s Capital, and the prosecution is expected to conclude its argument on Wednesday, February 10, to make way for the three defense lawyers to present their case on February 11 and 12.

Habré, backed by Washington as a bulwark against Libya’s Muammar Gaddafi in the 1980s, is blamed by rights groups for widespread torture and the killing of up to 40,000 people during the eight years he ruled his impoverished central African nation.

Close to a hundred testimonies of witnesses have been heard from September to December 2015.

If found guilty, the 73-year-old will be entitled to appeal, as may the prosecutor against any acquittal on charges. In the event of a guilty verdict there will be a second set of hearings on damages for the civil parties and other victims.

Habré has never accepted the legitimacy of the Dakar prosecution, the first time a despot from one African country has been called to account in another.

The tribunal is supported by the African Union but is part of Senegal’s justice system, making it the first time in modern history that one country’s domestic courts have prosecuted the former leader of another country on rights charges. African leaders accused of atrocities were previously tried in international courts.