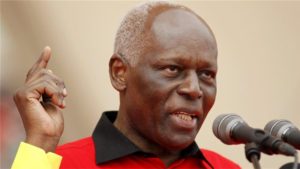 Three directors of the bank’s board were also dismissed and replaced.

The central bank faces a number of challenges including a slide in the kwanza currency, which has lost more than a third of its value against the dollar since the start of 2016.

Angola is Africa’s second-largest oil producer and attracted increasing investment after the civil war ended in 2002, as billions of dollars was spent on rebuilding the nation’s infrastructure. But it is highly dependent on oil, which provides about 98 per cent of export earnings and three-quarters of government revenues.

Under the rule of veteran President José Eduardo dos Santos, who has maintained a tight grip on power since 1979, it has also been blighted by allegations of rampant corruption, weak regulation and human rights abuses.