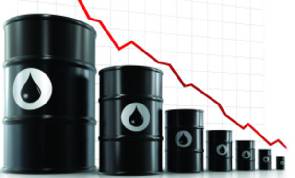 Policy Think Tank, the African Centre for Energy Policy (ACEP) on Friday said Ghana’s oil sector is under threat ahead of November general elections in the West-African nation.

The think tank said the level of exploitation in the sector is worrying and must be checked.

It noted that increasing depletion of the current oil reserves is not the best for the country’s economy.

“Given the current level of inactivity on Ghana’s exploration map, we are worried about the future of the oil industry in Ghana. We are currently depleting reserves without replacing them at the same level,” the Executive Director of ACEP, Mohammed Amin Anta told a press conference in Accra.

In his words, even as “we deplete without replacing them at the same level, there are oil companies that are holding inactive petroleum.”

Oil giant Tullow earlier predicted tough times ahead for the oil industry in the coming months, when prices of the commodity on the world market started declining.

The price of a barrel of the commodity earlier fell below 40 dollars, the lowest since 2009, while the price of Brent Crude fell 5.3% to 40.73 dollars a barrel.

Note that, the steep decline in the price of petroleum products on the global front during the 2015 business year has impacted negatively on Ghana’s economy, with a loss of $470.59million in total petroleum receipts from the country’s hydrocarbons sector.