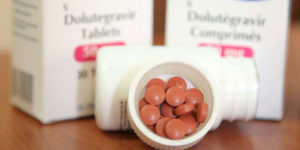 Kenya is the first African country to start using a generic version of the latest AIDS drug that can improve and prolong the lives of people living with HIV, Kenya’s government and the global health initiative UNITAID on Wednesday announced.

The East African nation will make the generic version of the new first-line drug, known as Dolutegravir (DTG), available for routine use, Reuters reported.
According to Dr. Peter Kimuu, the head of health policy and planning at the Ministry of Health in Kenya, this new drug has few side effects and patients living with HIV are less likely to develop resistance.
“DTG offers better tolerability, fewer adverse drug reactions, fewer drug to drug interactions and higher genetic barrier to resistance,” he said.

UNITAID donated approximately 148,000 bottles of DTG to Kenya’s Health Ministry, which will cover about one percent of the patients living with HIV in the country.

“When you bring a product that is cheaper to make, that is of higher efficacy, meaning better treatment outcomes of course you’re going to realize saving and savings are so critical in this day and age because as we know funding is constrained and in some cases declining,” Robert Matiru, the director of operations at UNITAID told reporters in Nairobi.

According to Kenya’s Health Ministry data, about one-and-a-half million people are living with HIV in the East African nation.

In 2015, more than 25 million people in sub-Saharan Africa were living with HIV, according to WHO. Nigeria and Uganda will introduce the DTG later this year.