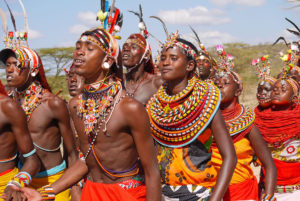 Social media platform Twitter has officially recognized the use of Swahili as a language on the platform. It became the first African language to achieve that accomplishment.

The social media now approves Swahili words and offers translation. It started detection of the language in tweets and subsequently offers a close to perfect translation as with most other foreign languages.

Swahili is one of the leading African languages predominantly used in the African Great Lakes region and other parts of eastern and south-eastern Africa.

Estimates of the total number of Swahili speakers vary widely, from 50 million to over 100 million and Swahili serves as a national language of four nations: Tanzania, Kenya, Uganda, and the DRC.

Some 80 percent of approximately 49 million Tanzanians speak Swahili in addition to their first languages.

Twitter audience on the platform have expressed excitement at the development describing it as a huge step for the language.

Kenyan Ministry of Sports and Heritage who officially announced Twitter’s changes tweeted: “Kiswahili which is widely used in East Africa is Kenya’s national language & it unites the people of Kenya.”

The recognition came after years of protest by Swahili speakers using hashtag #TwitterRecognizeSwahili to drive the message through.