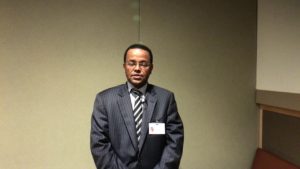 Yinager Dessie who has been serving as head of the National Planning Commission with the rank of a minister, will take over Teklewold Atnafu, according to Fana Broadcasting Corporation.

Abiy Ahmed, 41, has said a new start is necessary to end the political crisis and chaos in a country of 100 million people, where 40 percent are aged under 15.

On Monday, Abiy told parliament that the state will sell a 30 to 40 percent stake in Ethio Telecom to big telecoms companies and split the company in two to spur competition. The government would remain involved in infrastructure, banking and telecoms, he said.

He also announced last month that the state-owned Ethiopian Airlines is open for private domestic and foreign investment.

Ethiopia has sustained strong economic growth in the last decade, averaging between 6 to 7% according to the World Bank. For years, mere mention of the country suggested images of famine and conflict.

The latest International Monetary Fund (IMF) forecast says Ethiopia will be the fastest-growing economy in sub-Saharan Africa in 2018.