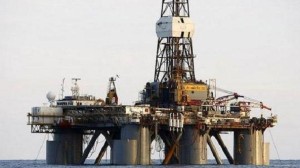 Libya and Malta have taken an important step in reviving their relations through a Memorandum of Understanding designed to give Malta preferential rates for oil products while Libya will be benefiting from its expertise in various sectors. The MoU was signed by Energy Minister Konrad Mizzi and Oil and Gas Minister Abdulbari Arousi. They could also resolve their crises over the territorial disputes in the near future.
The preferential rate agreement will only be effective when Libya reaches normal oil production level. Maltese Prime Minister, Dr. Muscat, is optimistic that it will be “in the very near future.” He hopes that Enemalta will also take advantage of the opportunity and stop being “a milestone around our neck.” Products which are part of the probable agreement include crude oil, petrol, diesel and jet fuel. Malta is planning to use the jet fuel to promote the country as a tourist destination. Prime Minister Muscat is wishing that liquefied petroleum gas will be included in the final agreement.
Prime Minister Zeidan said the MoU is limited to determining the quantity of supply, the way shipments arrive, and when they would start. He said the ministers will be responsible for developing and detailing the agreement. If the deal is concluded, it will offer Malta the opportunity of not depending solely on the global market for its oil supply.
Prime Minister Muscat was overwhelmed with Libya’s dedication to “help its small neighbor.” He added that they are willing to share their know-how with Libyans in return. He hopes Libya will use his country as entry into the European market.
Tripoli and Valletta are contemplating on a joint exploration for oil and gas in the disputed Mediterranean territories with the latter being hopeful that they will reach an agreement.